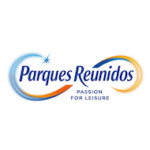 Parques Reunidos was listed as a public company in April of 2016. In September 2019, it was delisted from the stock market following the acquisition by a group of investors led by investment firm EQT.

The company has primarily assembled their diverse portfolio of attractions through acquisition. Among all the acquisitions, the most significant is the acquisition of Palace Entertainment in the United States in 2007. In recent years, management contracts have been PR’s strategy for expansion into the Middle East and Asia.

The majority of the company’s theme parks are local and regional amusement parks. In addition, PR is the largest global operator of water parks.

Worldwide, mainly in USA and Europe